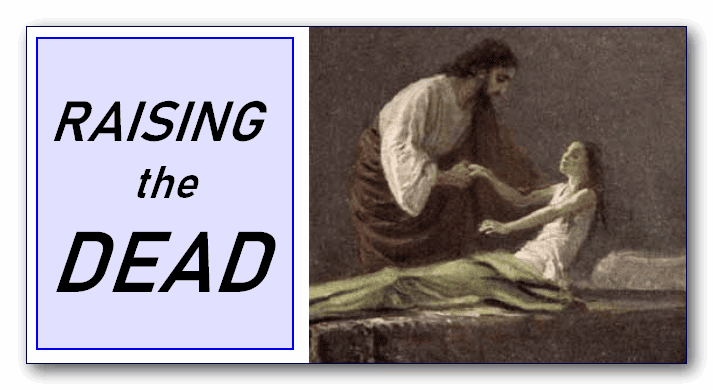 RAISED FROM THE DEAD

CAN YOU LEARN the SUBTLE KNOWLEDGE of How To Do the LAYING ON OF HANDS and RAISE PEOPLE FROM the DEAD? OR is it a GIFT of the HOLY SPIRIT?

by
Robert Farmilo
(NOTE: There is a free book offer waiting for you at the end of this article)


In this article, we are going to dig deep into the chronicles of raising people from the dead.

Plus we are going to hint at some of what we know about invoking the presence of the Holy Spirit.

AND we are definitely going to stir in some EXTREME controversy.

Let's get this party started!

You can be from any religious background, any faith, church, temple, hall---or not. So IF you are a complete atheist, this is for you, too. Agnostic? No problem.

This particular course of Deep Christian Knowledge is specifically designed for people who identify themselves as Born Again Christians...and anyone else, too.


But let me repeat myself: Anyone can use this method...it is NOT exclusive to devout Christians. It won't hurt you IF your faith orientation is anything BUT Christian.

This method won't convert you into becoming a Christian. However, you might find that it might endear you to the powerful truth of Jesus Christ, and what can be done in His name.

Okay, if you've clicked off AND away from this training series...well, you won't be reading this sentence. But if you've stuck around this far...here is the deep skinny on this program you've stumbled upon.

HOW THE METHOD WORKS:

We are going to make use of your awareness to BECOME aware of being aware.
This may sound like a play on words, and in a way it is.

Most of the time we are NOT actually aware of being aware.

This is because we are so absorbed in what our awareness is focused on...or in.

For example, you might be watching television or reading a book, and during that activity, you are not really aware of watching the TV or of the action of reading.

You are NOT watching yourself watching television...or WITNESSING your SELF reading a book.

ONE of the basic principles we are going to make use of is that FACT that your awareness very much likes to experience increasing levels of peace and serenity.

You are naturally attracted to more and more. It is a natural tendency to want to have MORE bliss, more joy, more freedom, and more growth.

It is VERY natural to want to have a greater understanding.

BUT it is also true that many people are stuck in their ways. There is a reluctance to grow out of your comfort zone.

Generally speaking, you have to get over the hump of initial inertia.

This can be coaxed to happen.  OR you can be FORCED by circumstances to grow.

I know that I have stated a paradox:
OUR way around this coexistence of opposite values is to induce the experience of greater levels of bliss, serenity, clarity of awareness...within the context of keeping the method of achieving this VERY simple.

More about the EXACT method...later.

Which brings us to the next part of this article...

...STORIES OF PEOPLE BEING RAISED FROM THE DEAD 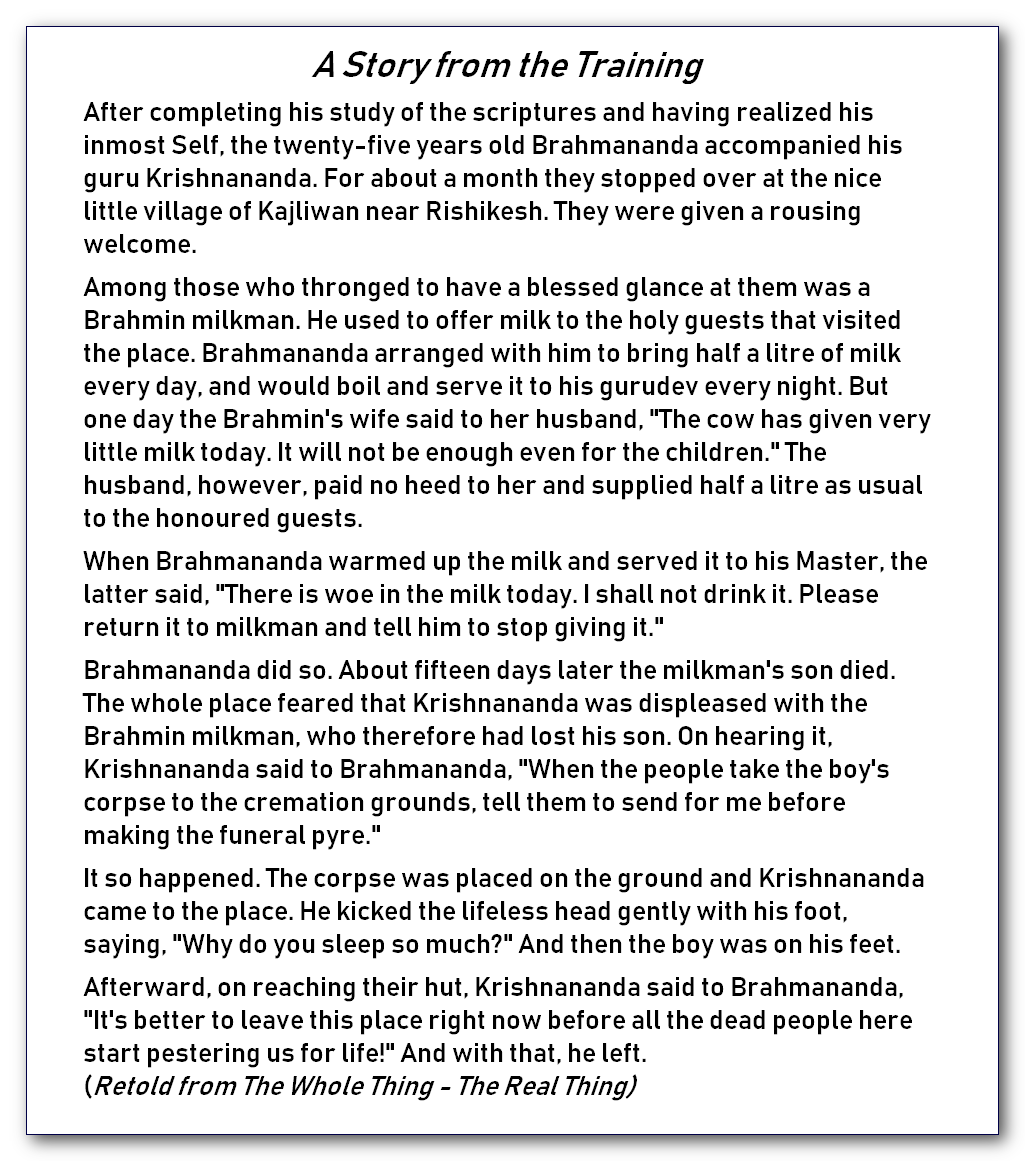 Now hang on.
I know that you could be edging out of this article.
Maybe because ANYTHING but Jesus is "The Enemy."

Okay, I hope you'll stick around. But if you go, I really do understand. You've been given the fear of Satan. It is a kind of disease that is endemic in Christianity.

And you might be a person who thinks that miracle healing ended with the death of the last living Apostle...from the time of Jesus Christ.

And if there is any healing going on...it is either delusional healing...or it is the work of The Enemy.

DID you know that this point-of-view has an actual term? It is called CESSATIONISM.

Of course, within the Christian deal, there are MANY interpretations...and some quite strident disagreement about this one detail.

There are people who think that modern miracles flow from The Holy Spirit...or Jesus Christ...or (gulp) GOD.


Then there are all the people from ALL the other religions of the world of humans...what do they think about our theme...raising people from the dead? (More about that later.)

But in the Christian way of such things...there are PLENTY of modern day practitioners of Raising the Dead.

I See Dead People---Dreams and Visions of the Dying

Within the tradition of the early Christian church, we have a direct story of how Paul of Tarsus (Paul who was Saul) brought a dead man back to life.
► ACTS 20:9 ◄

Now, I have been told from people within the Christian deal...that miracles of healing ended at the death of the last known Apostle.

That would be John.

Ironically, he was the ONLY Apostle NOT to die a violent death.
SOURCE ► http://channel.nationalgeographic.com/killing-jesus/articles/how-did-the-apostles-die/ ◄

But he should have been...except for this incredible and fantastic story---check this out and see if you think this could ever have happened. Talk about a miracle!

AS you know, there is a term for the belief that "spiritual gifts" ended with the death of the last Apostle. The term is called "Cessationism."

What are some of these so-called spiritual gifts?
Here is a link to find out what your spiritual gifts are:
► https://mintools.com/spiritual-gifts-test.htm ◄

Let's keep going...and get back to the main subject of this article. Here is a video that is sure to get a discussion going. I know it is a real stretch for most people, even the ones who believe in Deep Healing through The Holy Spirit.

I watched this video. And I wondered if I was being tricked by a good storyteller. If you watch this video, please let us know what you think. You can use the email link. We will publish your comments---whatever they are.

Oh well.
Here is another video to stretch your mind-size.

The resurrection of Man After Being Dead for ONE YEAR


Now, let's take a quick trip inside this video about how to pray to God.

Searches related to invoking the presence of the holy spirit

invocation of the holy spirit prayer


prayer to invite the holy spirit


invoking the spirit the craft


invocation of the holy spirit during mass

Searches related to HOW TO DO THE LAYING ON OF HANDS

A Story from the Training

After completing his study of the scriptures and having realized his inmost Self, the twenty-five years old Brahmananda accompanied his guru Krishnananda. For about a month they stopped over at the nice little village of Kajliwan near Rishikesh. They were given a rousing welcome.
Among those who thronged to have a blessed glance at them was a Brahmin milkman. He used to offer milk to the holy guests that visited the place. Brahmananda arranged with him to bring half a litre of milk every day, and would boil and serve it to his gurudev every night. But one day the Brahmin's wife said to her husband, "The cow has given very little milk today. It will not be enough even for the children." The husband, however, paid no heed to her and supplied half a litre as usual to the honoured guests.
When Brahmananda warmed up the milk and served it to his Master, the latter said, "There is woe in the milk today. I shall not drink it. Please return it to milkman and tell him to stop giving it."
Brahmananda did so. About fifteen days later the milkman's son died. The whole place feared that Krishnananda was displeased with the Brahmin milkman, who therefore had lost his son. On hearing it, Krishnananda said to Brahmananda, "When the people take the boy's corpse to the cremation grounds, tell them to send for me before making the funeral pyre."
It so happened. The corpse was placed on the ground and Krishnananda came to the place. He kicked the lifeless head gently with his foot, saying, "Why do you sleep so much?" And then the boy was on his feet.
Afterward, on reaching their hut, Krishnananda said to Brahmananda, "It's better to leave this place right now before all the dead people here start pestering us for life!" And with that, he left. [Retold from The Whole Thing - The Real Thing

7-9 We met on Sunday to worship and celebrate the Master’s Supper. Paul addressed the congregation. Our plan was to leave first thing in the morning, but Paul talked on, way past midnight. We were meeting in a well-lighted upper room. A young man named Eutychus was sitting in an open window. As Paul went on and on, Eutychus fell sound asleep and toppled out the third-story window. When they picked him up, he was dead.
10-12 Paul went down, stretched himself on him, and hugged him hard. “No more crying,” he said. “There’s life in him yet.” Then Paul got up and served the Master’s Supper. And went on telling stories of the faith until dawn! On that note, they left—Paul going one way, the congregation another, leading the boy off alive, and full of life themselves.

But if Peter was crucified upside down, Thomas was impaled with a spear, and Jude Thaddeus was killed with arrows (just to list how a few of the Apostles were killed) – how in the world did John escape a similar fate for such a long time?
The answer: The authorities did try to kill John in a gruesome way – but God didn’t let them.
The story goes that after the Assumption of the Blessed Virgin Mary (for whom John was caring), John was arrested by the authorities and taken to Rome, where he was sentenced to death.
The prescribed method of execution? Being plunged into boiling hot oil in front of a crowd of spectators at the Colosseum.
The fires were set under the pot, the oil was boiling, and John was brought out. Guards picked him up and then forcibly plunged him into the scalding liquid.
That’s when something amazing happened. Rather than see a man be brutally boiled to death, the crowd witnessed a miracle: John stood in the oil completely unharmed!
Some versions of the story say that many or even all of the spectators converted because of what they saw. The Roman ruler, furious and embarrassed that he was unable to kill John, decided instead to have him banished to the small Greek island of Patmos.
https://www.amazon.com/gp/product/0986546992/ref=as_li_tl?ie=UTF8&tag=robertfarmi09-20&camp=1789&creative=9325&linkCode=as2&creativeASIN=0986546992&linkId=1f8e1caf5969ae3ba07558019b967709


Searches related to people raised from dead since the apostles died


list of everyone raised from the dead in the bible


documented raised from the dead


the daughter of jairus


son of the widow of nain
1st and 2nd resurrection

Searches related to raised from the dead:

documented raised from the dead

list of everyone raised from the dead in the bible

man raised from the dead after being embalmed


raised from the dead testimony


how to raise someone from the dead


raising of the dead
prayers to raise the dead


Searches related to prayers to raise the dead

scriptures to raise the dead


how to raise the dead in jesus name


can god raise the dead today


dream interpretation of raising the dead 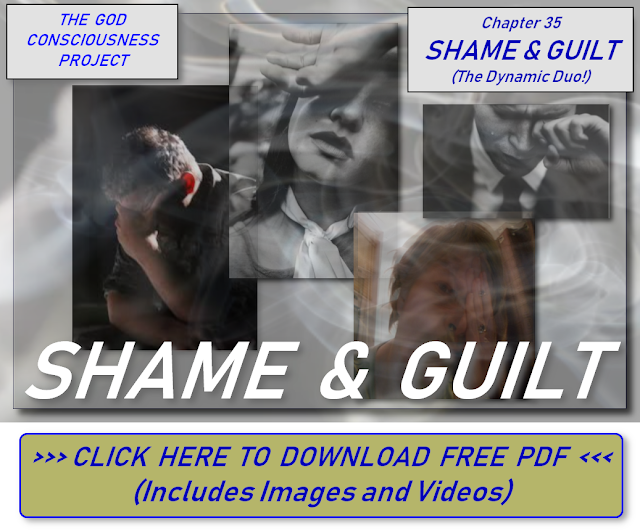